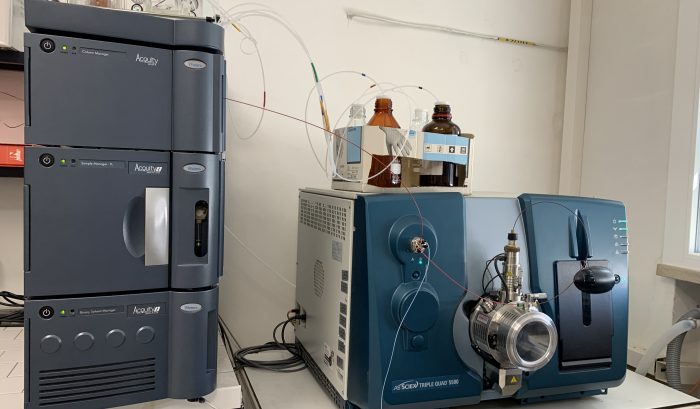 The laboratory Tentamus Agriparadigma has developed and validated a method for the determination of residues of glyphosate, its metabolite AMPA and gluphosinate in water in accordance with ISO 17025.

The method has been used for the analysis of groundwater samples collected within a European monitoring project.

Glyphosate is the most widely used and well-known herbicide and for this reason it is often in the focus of public attention, and articles and investigations on glyphosate are always widely echoed in the media. It is very soluble in water and remains in the form of glyphosate and its main metabolite AMPA.

The maximum allowed concentration of residues is set to 0.1 μg/l in water, but several studies have found that this limit has been exceeded in many countries in Europe including Italy, Spain, Germany, Sweden, The Netherlands and France.

As the legislation requires a particularly strict performance of the method, Agriparadigma decided to develop its own method for the determination of glyphosate, AMPA and gluphosinate in water.

The method is based on ISO 16308:2014, which deviates for greater simplicity, achieved through the use of the most sensitive instrumentation currently available. In practice, the laboratory took advantage of the better performance of the supplied instruments to shift some of the analytical complexity from the preparation phase to the measurement phase.

The method is applicable to the analysis of groundwater, surface water and drinking water with a very low pesticide content. It has been validated on fresh water at concentrations of 0.05μg/l and 0.5μg/l. At these concentrations, all analytes reported very good precision and accuracy, lower than the 25% required by the legislation. The minimum detectable quantity has been estimated at 0.016μg/l calculated as 1/3 of the lowest validated concentration, the maximum concentration that can be analyzed without dilution is 2 μg/l.

The laboratory of Tentamus Agriparadigma tested the method through participation in international interlaboratory proficiency tests and was accredited in accordance with ISO 17025 by Accredia in January 2021.

Thanks to the know-how acquired, the laboratory became a technical partner of the University of the Sacro Cuore di Piacenza in relation to an extensive Community environmental monitoring program.

The study is in the process of being published, but preliminary results seem to show an unforeseen correlation between the levels of contamination in well water and the use of the product in agriculture. 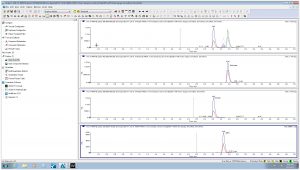 Tentamus laboratories in your vicinity