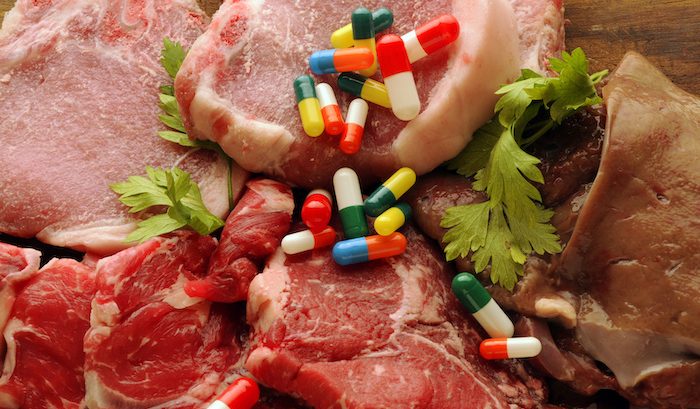 Antibiotic resistance is a growing threat that needs to be addressed both in terms of human health, animal health and environment. The number of deaths per year due to drug-resistant bacteria infections is steadily increasing.

The Antimicrobial Resistance (AMR) occurring in food-producing animals can spread to people not only through food, but also through water or other environmental contamination, as well as through direct contact with animals. The bacteria of the genus Campylobacter, for example, have been highly resistant to fluoroquinolones such as ciprofloxacin, or even Salmonella and some strains of Escherichia coli are examples of zoonotic bacteria that can infect people through food.

Combating AMR is a priority for EFSA, and an action plan against AMR called “One Health Action Plan against Antimicrobial Resistance” has been updated and published in 2017 to gradually eliminate the use of antibiotics as promoters of growth and as a preventive measure on farms.

This alarm launched by the various national and international health organizations, first of all the “World Health Organization” has given rise to alternative farming techniques that allow to eliminate or severely restrict the use of antibiotics In the treatment of animals and consequently to various production projects of meat or processed products from farms that declare the NON-use of antibiotics.

Laemmegroup, based in Moncalieri (Italy) has been more than 20 years active in the quality and safety of all animal-derived products intended for human consumption.

From 2013 Laemmegroup has developed a multiresidual test for detection of veterinary drugs. Our goal was two-fold: to comply with the limits imposed by current legislation and to provide monitoring for the reduction chains that do not use antibiotics (AntiBiotic free supply chains).

Our intent is to constantly increase the number of analytes and the number of matrices in order to provide an increasingly broad and efficient service aimed at respecting the problems of the sector.

This site use cookies so if you continue to use this site we will assume that you agree with it.OK